On turbocharged vehicles, removing induction restriction is crucial to improving the airflow and ultimately horsepower output of the engine. The AMS Performance Toyota GR Supra 3″ Charge Pipe is a direct replacement for your flimsy plastic OEM charge pipe.  Made from lightweight 3” mandrel bent aluminum tubing this pipe includes features such as smooth, non-turbulent adapter transitions for maximum performance, and built in ports to make adding nitrous or methanol injection systems simple.  The pipe ends are bead rolled for high boost sealing and the whole unit is powder coated matte black for a sleek appearance. 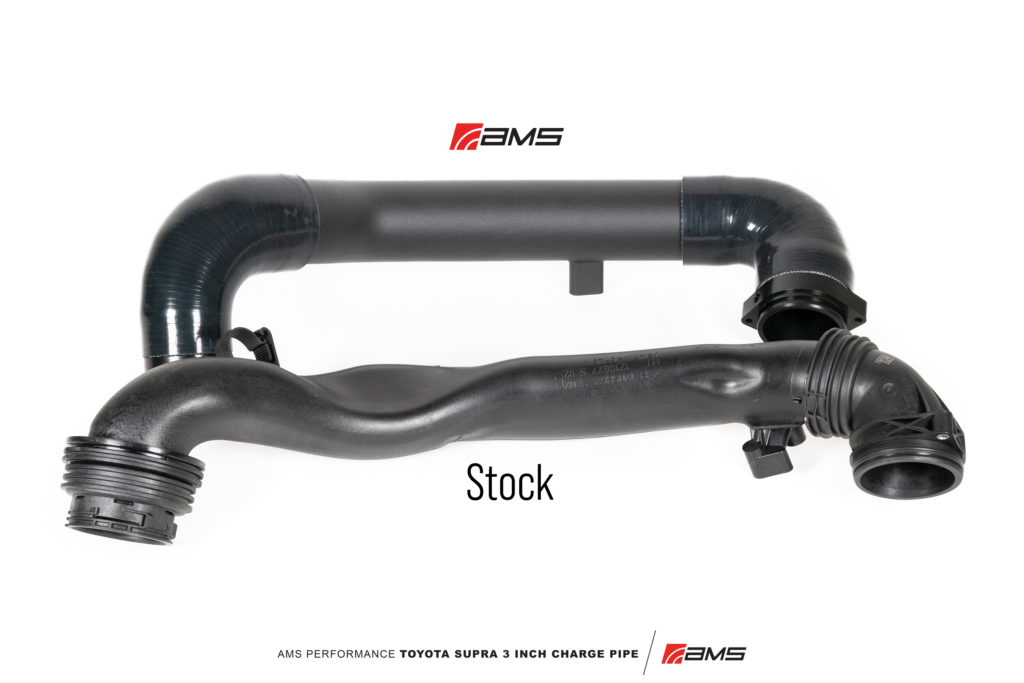 Our SnailWorks© Engineering Team has spent dozens of R&D hours refining the Supra 3″ Charge Pipe to be the best performing, highest quality, and easiest to install kit on the market. The MKV charge pipe is part of a system that is designed to smoothly feed air into the B58 engine, and removing as much restriction as possible is the best way to improve efficiency. Firstly, we knew that creating a full 3″ pipe was a must, as it would allow for all of the airflow we would need, even with a larger upgraded turbo. Then, focusing on the small details, our team designed the CNC machined adapters to seamlessly transition air out of the turbo as well as into the throttle body. The design of the new Toyota Supra 3″ Charge Pipe sets it apart from everything on the market. 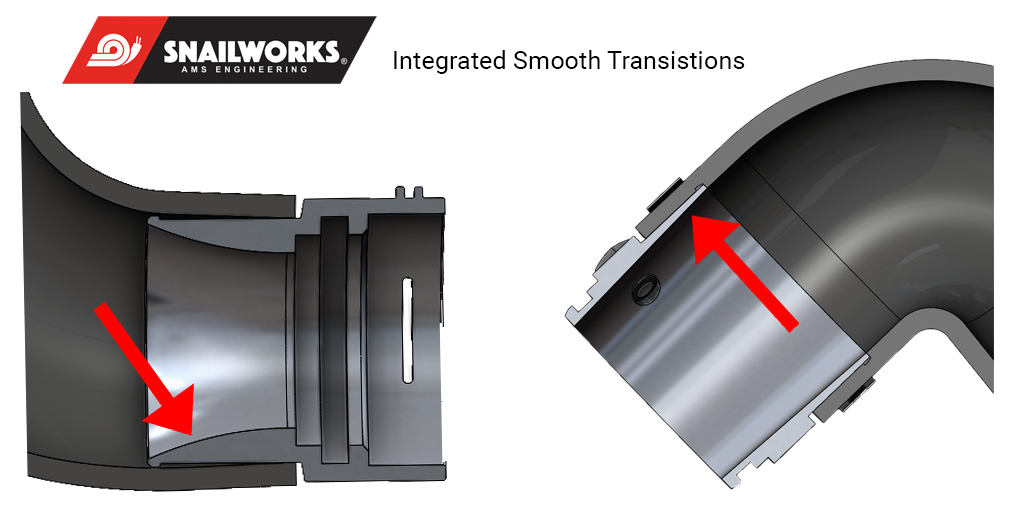 INCREASED SIZE TO FUTURE-PROOF YOUR SUPRA

The OEM charge pipe is constructed of thin plastic material and has irregularly shaped sections which restrict and disrupt air flow inside the pipe. Replacing the flimsy plastic OEM unit not only removes the possibility of the plastic bursting under high boost, but the full 3″ design of the AMS Charge Pipe has no restrictive indentations and bends like the factory pipe. Because of this, the AMS Performance Toyota Supra 3″ Charge Pipe improves the cross sectional area by an average of approximately 30% and as much as 52% in some of the more restrictive locations.

If a new turbo is installed in the future, the AMS 3″ Charge Pipe will allow for an unobstructed flow out of a 2.5″ or even a 3″ compressor cover outlet (with additional 3″ coupler). This compatibility allows for future-proofing your build, giving you the piece of mind that you won’t have to purchase or fabricate a new charge pipe once you upgrade to a large turbo. The AMS 3″ Charge Pipe will be the first and last pipe you need to buy! 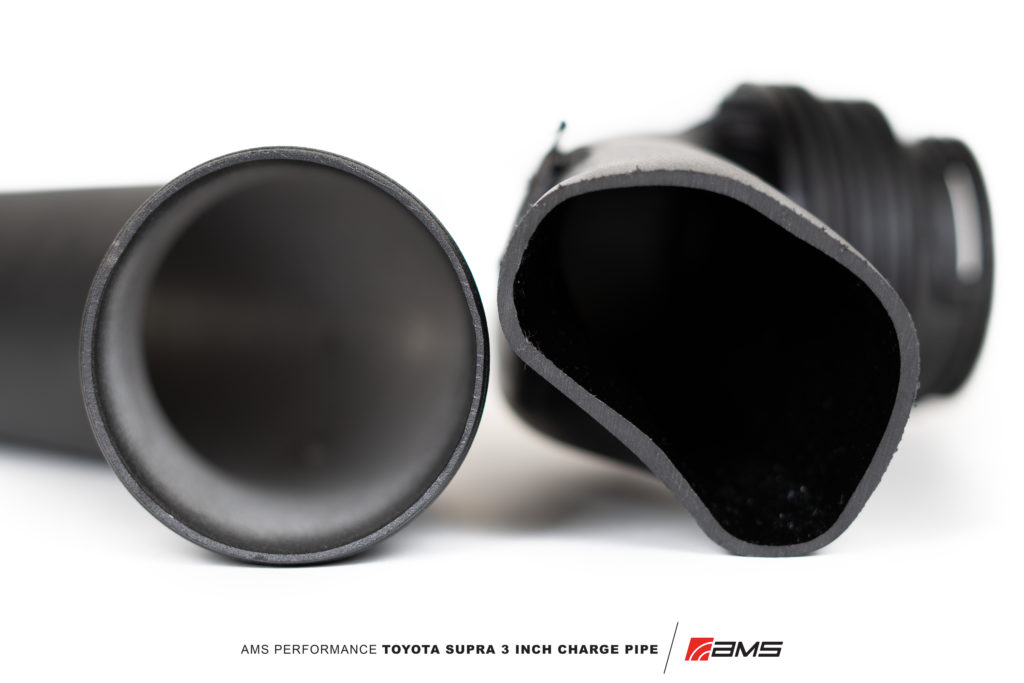